your number one pick

Lisa is a Pacific Northwest native, based in Seattle with an informative, inspiring and inviting style that resonates as authentic, authoritative and approachable. She has been orbiting the voiceover world for years and brings a certain delight and upbeat, warm and sentimental quality to vocal performance. Her enthusiasm and genuine, soothing style, delivers a smooth, and comforting quality to the projects she partners in. 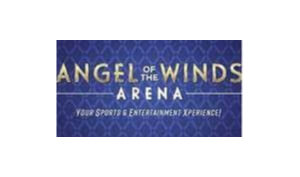 She began her love of advertising and communications in high school DECA class and used to save the Kohler print ads that were actually labeled by the agency, in a creative series. Her love of simple, believable messaging: the way a picture is worth a thousand words and the magic a 30 second story can convey, compelled her to study advertising communications. Two college internships: in promotions and in TV Commercial production, then a stint in TV spot time sales, and she was hooked on broadcast.

She was comfortable on the radio with her conversational and fun demeanor, as a DJ at KCMU (now KEXP) 90.3 FM, regarded as one of the best independent radio stations in the nation. She graduated from the University of Washington in Seattle with an Advertising Communications degree, and levied those loves into a career in the motion picture industry, producing over 200 TV commercials, corporate videos and episodic TV shows in 15 states and 6 countries. A partial list of award-wins include: Telly Awards, Cine Golden Eagle Awards and Emerald City Awards.

Her skills in project management led her to a second career, focused on emergency management and infrastructure security, preparedness, mitigation and resilience. As an analyst, she focused on research and writing. The writing brought her back full-circle to her communication roots and her love of the written and spoken word.